Gaming Headset VS Music Headsets – What Is The Difference?

Today, there are more and more types of headphones, gaming earbuds for pc. and the categories are getting more and more detailed. Headsets can be divided into HiFi headsets, sports headsets, noise-canceling headsets, and gaming headsets according to their functions and scenarios.

The first three types of headsets all fall into the music headphone subcategory, while gaming headsets are headphone auxiliary peripherals tailored for esports games. The reason for the emergence of game headphones is that the general music headphones can no longer meet the needs of game players, while the game mouse will be designed according to the needs of players, adding more functions, to help players to achieve better play in the game. Let's focus on the differences between gaming headsets and music headsets. Hope to let consumers understand the difference between these two types of headphones so that they can buy the right kind of headphones. 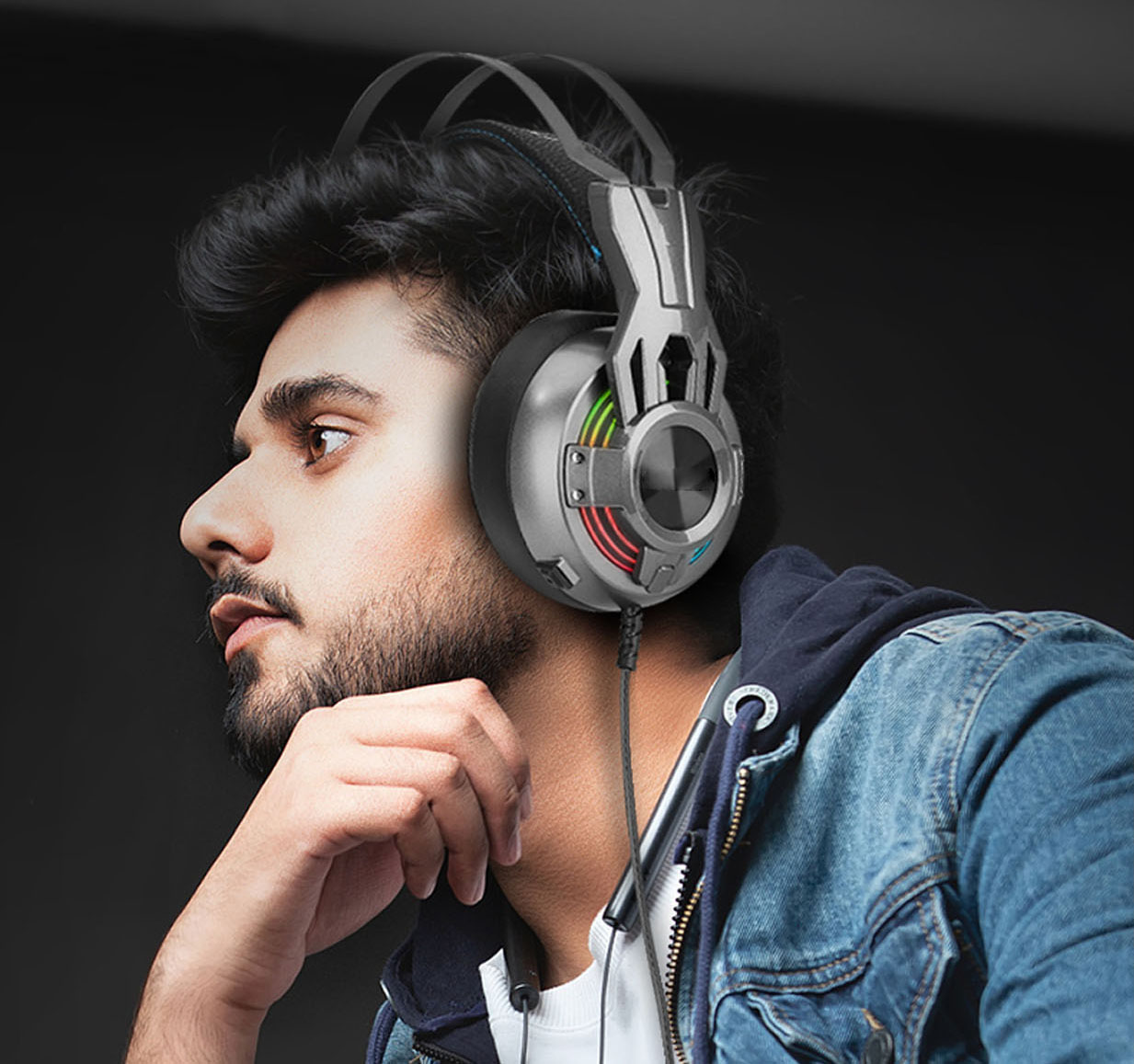 As gamers generally seek wide and large earmuffs for game headphones, they are almost always much larger in shape than music headphones, and the cable is generally longer. In addition, gaming headphones include many unique elements of gaming, such as the most classic breath light and microphone devices, which have become the most prominent symbols of gaming headphones.
And music headphones will pursue simple, small, convenient for users to carry, so relatively speaking, the appearance of music headphones will be more delicate, in terms of material will also pursue texture and fashion beautiful, in line with the high quality needs of music lovers.

A lot of players like wide, large earmuffs because they allow them to completely wrap around their ears and allow them to immerse themselves in the game. As a result, game headsets are much larger in appearance than music headsets, and the cables are generally longer. While music headphones are more pursuit of the appearance of simple, small, convenient portable, so the appearance of music headphones will be more delicate, relatively light volume, in the material and design will be more pursuit of texture and fashion beautiful, in line with the aesthetic needs of music lovers.

In order to echo the game elements, many peripheral products like to design lights to make the products more cool, such as a variety of RGB respiratory keyboard, hence the "running horse lamp". The same goes for gaming headsets, but not all gaming headsets have lighting, which is typically found in mid-to-high end esports headsets. Players can set their own lighting effect, and the intensity of the light, light and dark will change with the volume of the headset, there is a feeling of integration with the headset, immersion is particularly strong. In contrast, general music headphones will not use such a design, after all, the positioning is different, the use of the scene is different, no one wants to be alone quietly listening to music, indoor present a rapid change, dazzling light effect.

Game headsets are designed for games, so when playing games, the headsets are a necessary communication tool. It is convenient for team members to communicate during team combat. Many gaming headsets now use USB ports, and the built-in modules need power. Music headphones, especially HiFi headphones, don't come with a microphone, let alone a wire. This is because the addition of headphones can affect the sound quality. The positioning of the music earphone itself is to restore the sound quality to a high degree, so the design that has an impact on the sound quality of the earphone can not be tolerated on the music earphone.

This parameter is primarily used to measure the headphones for reappearance ability of acoustic spectrum, and people can hear the normal range of 20 hz - 20 KHZ, if the frequency response range is greater than the index of the headphones, so that the headset is very high, the resolution can bring more detailed listening for users to enjoy. 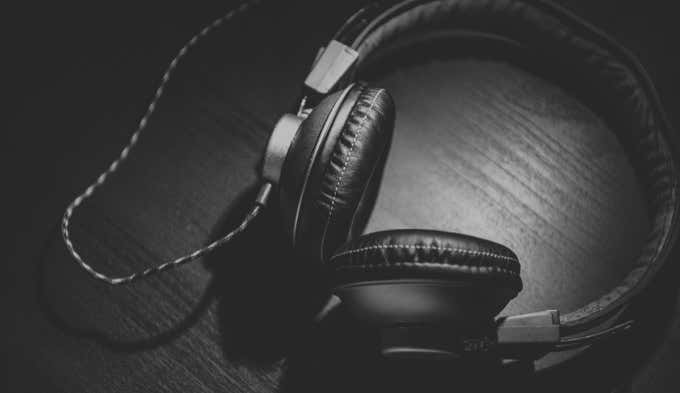 For game players, especially in gunfight FPS games, it is often necessary to "listen" to identify the enemy's position, number of people, etc., so as to adopt corresponding offensive and defensive strategies. At this point, the headset not only needs to distinguish various sound effects in the game environment, but also requires high sound quality for voice calls in the game.  Therefore, many manufacturers are pushing the multi-channel technology of 5.1 and 7.1, not only because the sound effect of mainstream games is more realistic, but also because compared with the two-channel music headset, multi-channel can increase the sense of presence in the game, solve the need of sound positioning, and let players have a better play in the game.

5.1 channel system is composed of 5 speakers and 1 low-frequency speaker, using left, center, right, left back, right back five directions to output sound, and the sought after 7.1 channel is more rich. 7.1 channel is divided into virtual 7.1 channel and physical 7.1 channel. Due to the characteristics of virtual 7.1, its orientation is much more accurate than that of physical 7.1, but from the perspective of spatial sense, physical 7.1 channel is more real.  The mainstream headsets on the market mostly use virtual 7.1 channel, because the production and debugging cost is relatively low, the corresponding purchase cost is much cheaper than the physical channel headsets, and the current sound channel simulation technology is very mature, can meet the needs of players.
Music headphones will only do left and right channels, not simulate multiple channels. Because music headphones need to show the level of music, vocals, instruments and scene sense. Gaming headsets, on the other hand, don't need to embody all the high quality low frequencies, and in many cases they need to suppress the low frequencies, allowing the player to hear more high frequencies and be more aware of their surroundings. There are too many low-frequency signals, and players are receiving too much information to hear what other players are doing.
In addition to multi-channel technology, game headsets can also increase the player's sense of immersion. In order to get more exciting and shocking effects, game headsets generally enhance the sound. However, the most important thing for music headphones is sound quality and high restoration. They pay more attention to sound size adjustment, high and low frequency connection and sound parsing power, and pay more attention to sound details. Even small sounds can be sensed.
As a derivative product of headsets in the field of games, game headsets must sacrifice some sound quality in order to achieve some specific functions. Such headsets are no longer suitable for listening to music, especially high-frequency music. Gamers use game headsets primarily to experience the game's presence, so they are designed to be highly rendered, with an emphasis on stereo sound and immersion. However, if you are not playing professional competitive games, or playing FPS games that need to hear the voice and identify the position, and need accurate positioning, ordinary headphones can meet the daily needs.

Lastly, music headsets and gaming headsets are positioned differently and serve different purposes. The special rendering ability of the game headset is stronger, with accurate orientation, which can provide a strong sense of presence and immersion, but the high frequency is poor, and listening to the concert will feel chaotic. The sound reduction ability of music headphones is very strong, and the performance of the three frequencies of high, middle and low is balanced, which can bring more pure sound experience. Besides, As a game headset, it attaches great importance to the rendering effect of sound effects. Since game players mainly use headphones to experience the sense of the scene of the game, the game headset is designed with a high sense of rendering, and the three-dimensional sense of sound is emphasized, so that players can have immersive feelings.
If you are an avid gamer, talk to your friends online while you game, and overall want the most realistic surround sound possible while you play – then gaming headphones may be the best fit for you.
On the other hand, if you prefer portability and privacy while listening to your music – then music headphones may be your best fit.
The difference between the two must be clear to everyone, according to their own needs to choose the right headphones.Wellyp is a professional headphones manufacturer has a wide selection of gaming headsets items and wired gaming earbuds to suit your needs.Welcome to contact us if you have any help. 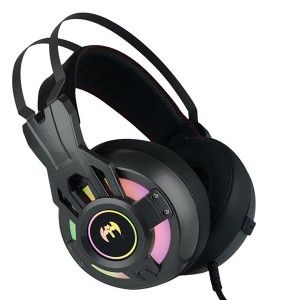 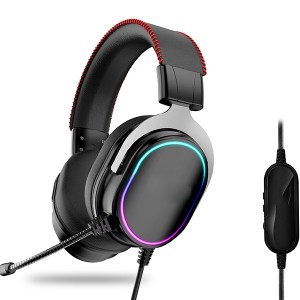 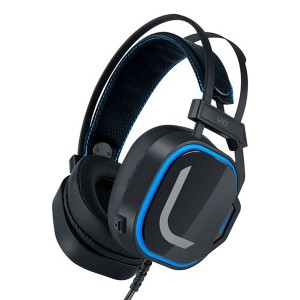 What is a gaming headset?

What is a customized earphone and how to buy?